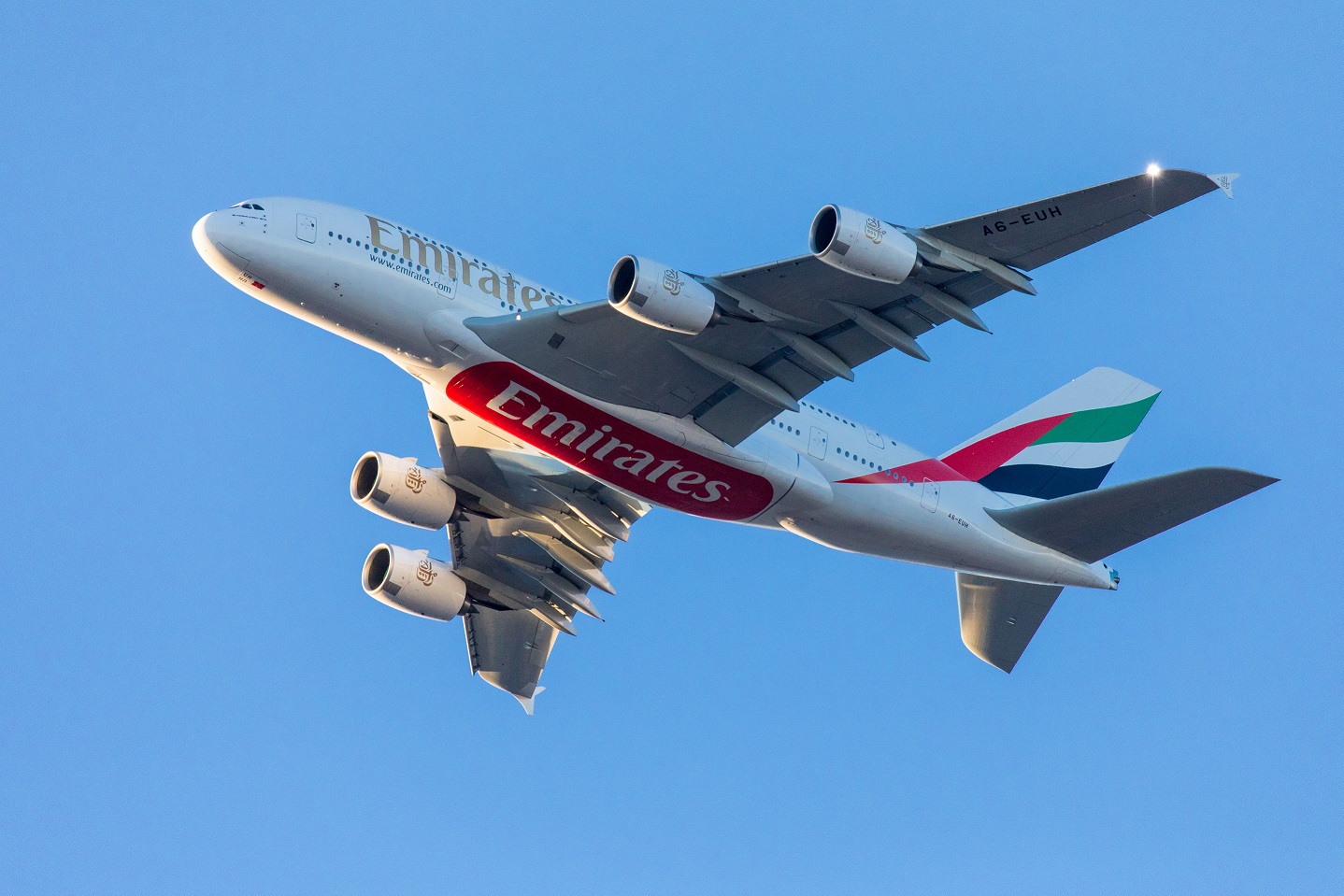 These brands have the most loyal customers in the UAE, KSA and Egypt

YouGov Customer Loyalty Rankings 2020 reveal that Emirates, Almarai and Carrefour are the brands with the most loyal customers in the UAE, Saudi and Egypt, respectively, as measured by reconsideration scores amongst customers of the each brand.

YouGov BrandIndex measures the public’s perception of brands on a daily basis across a range of metrics. The Customer Loyalty rankings are compiled using the Consideration score amongst the brands’ own Current Customers.

Within the top 10 in the UAE, the biggest movers were Lurpak, a new entry at tenth up from fifteenth last year, and Dettol, up to sixth this year from tenth last year.

In Egypt, the biggest movers were Dettol, up from thirteenth to sixth, and the National Bank of Egypt, which has made an entry into top 10 rankings this year, at ninth. Dettol makes an appearance in KSA rankings as well, remaining in the sixth position yet again this year.

Despite the flight restrictions in place, loyalty towards leading carrier brands has remained strong in the UAE and KSA. After Emirates (ranked 1st), Etihad appeared in the UAE rankings in fifth. In KSA, Emirates has emerged as the biggest mover within the top 10 brands, making a new entry into the list in seventh, up from fifteenth last year. Saudia’s strong loyalty among Saudi customers landed it the second place in the 2020 rankings.

Popular handset brand, iPhone makes an appearance in the Loyalty rankings of all three countries. In the UAE, Saudi and Egypt, loyalty from customers towards the brand remains strong, not showing change in reconsideration rates despite its status as a luxury item in the midst of a tough economic climate.

Consumer brands dominate the list of improvers this year, highlighting the role of familiar FMCG power brands in maintaining comfort through periods of prolonged lockdown and social distancing. Brands like Mirinda, Fanta and Cheetos make an appearance in the UAE list. Similarly, Egypt sees the presence of Tiger (change in score of +6.6), KFC (+5.7), Mountain Dew (+5.7), Maggi (+5.6), Heinz (+5.5) and Juhayna (+5.2), within the top 10 improvers. 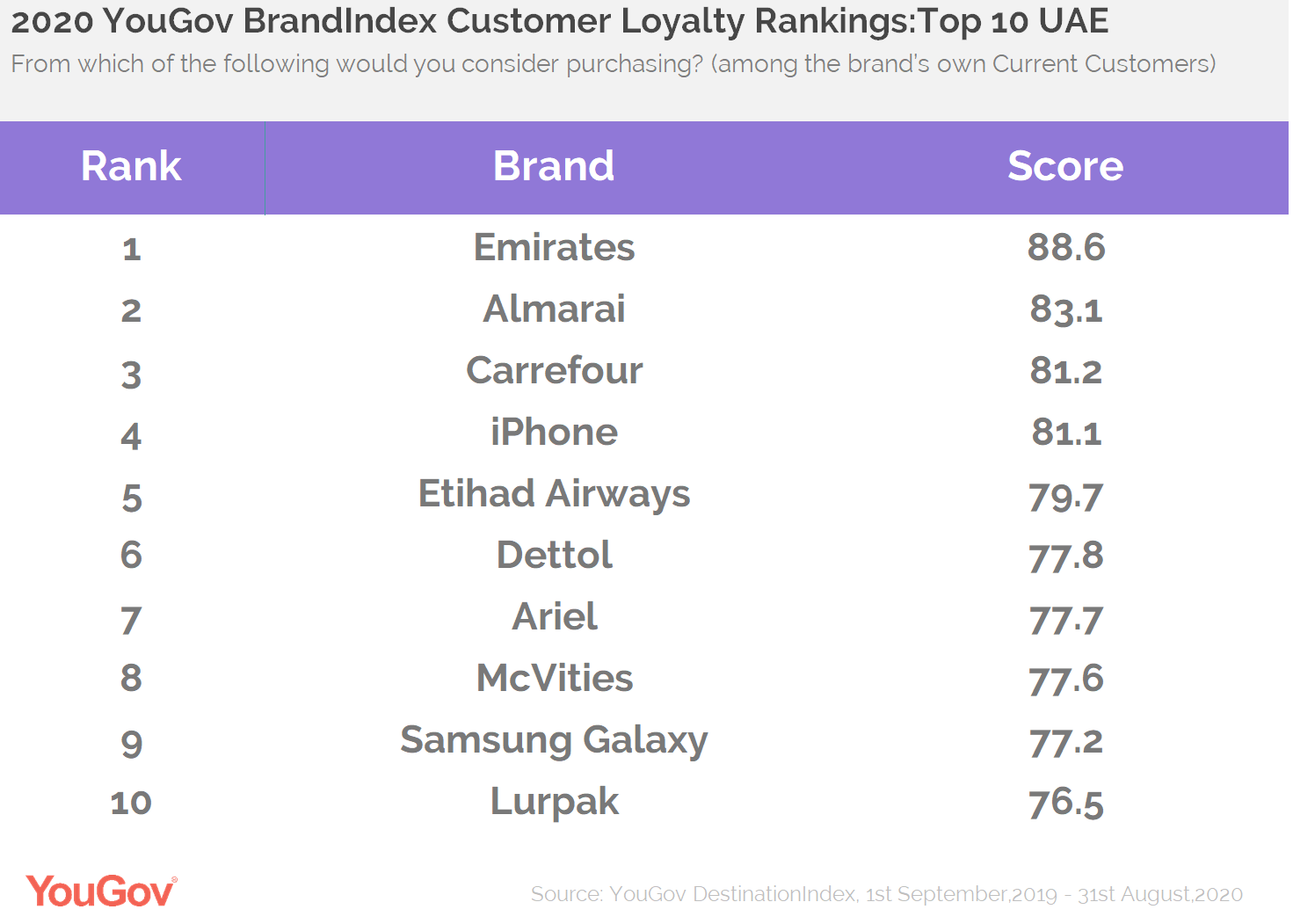 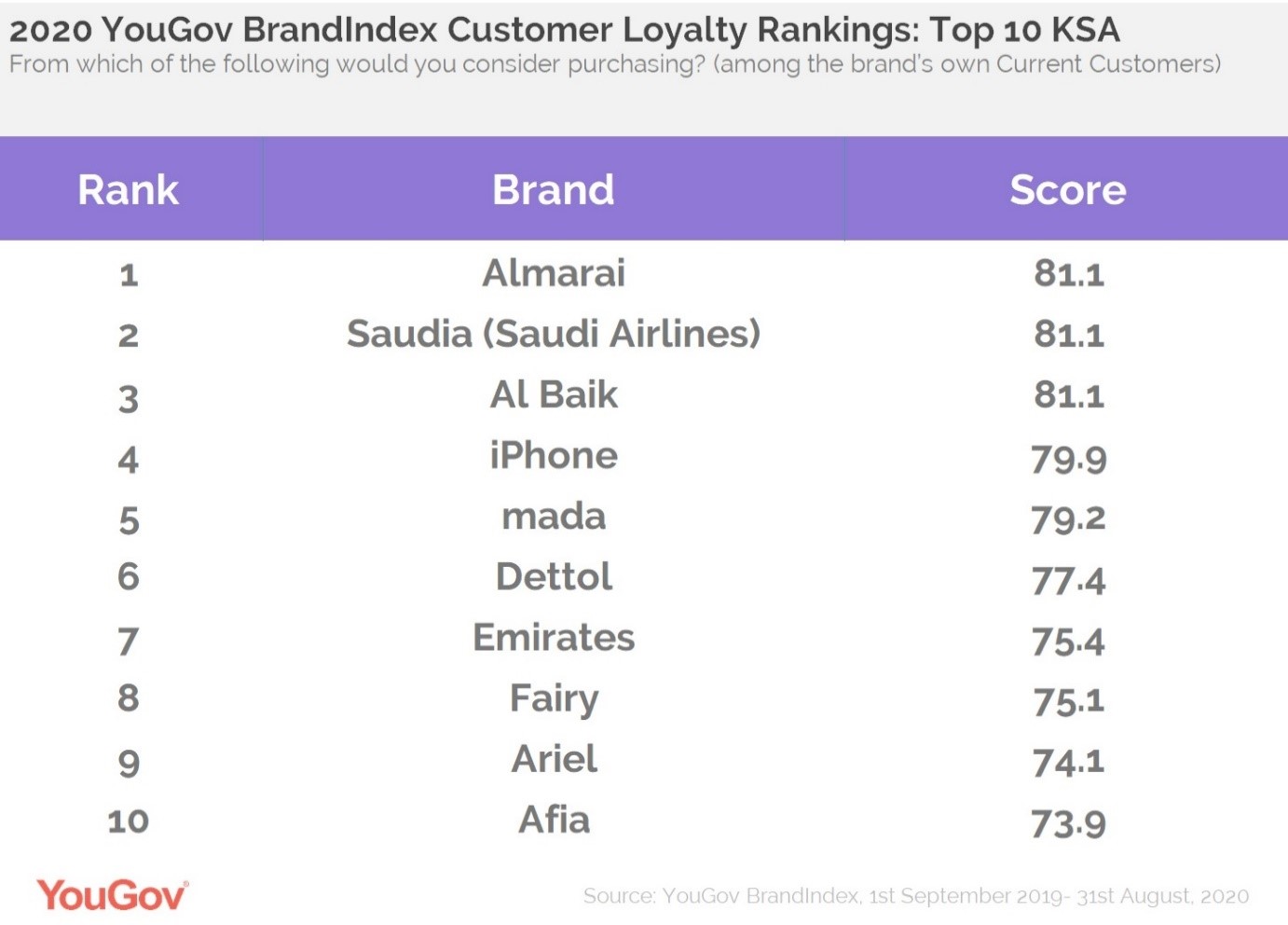 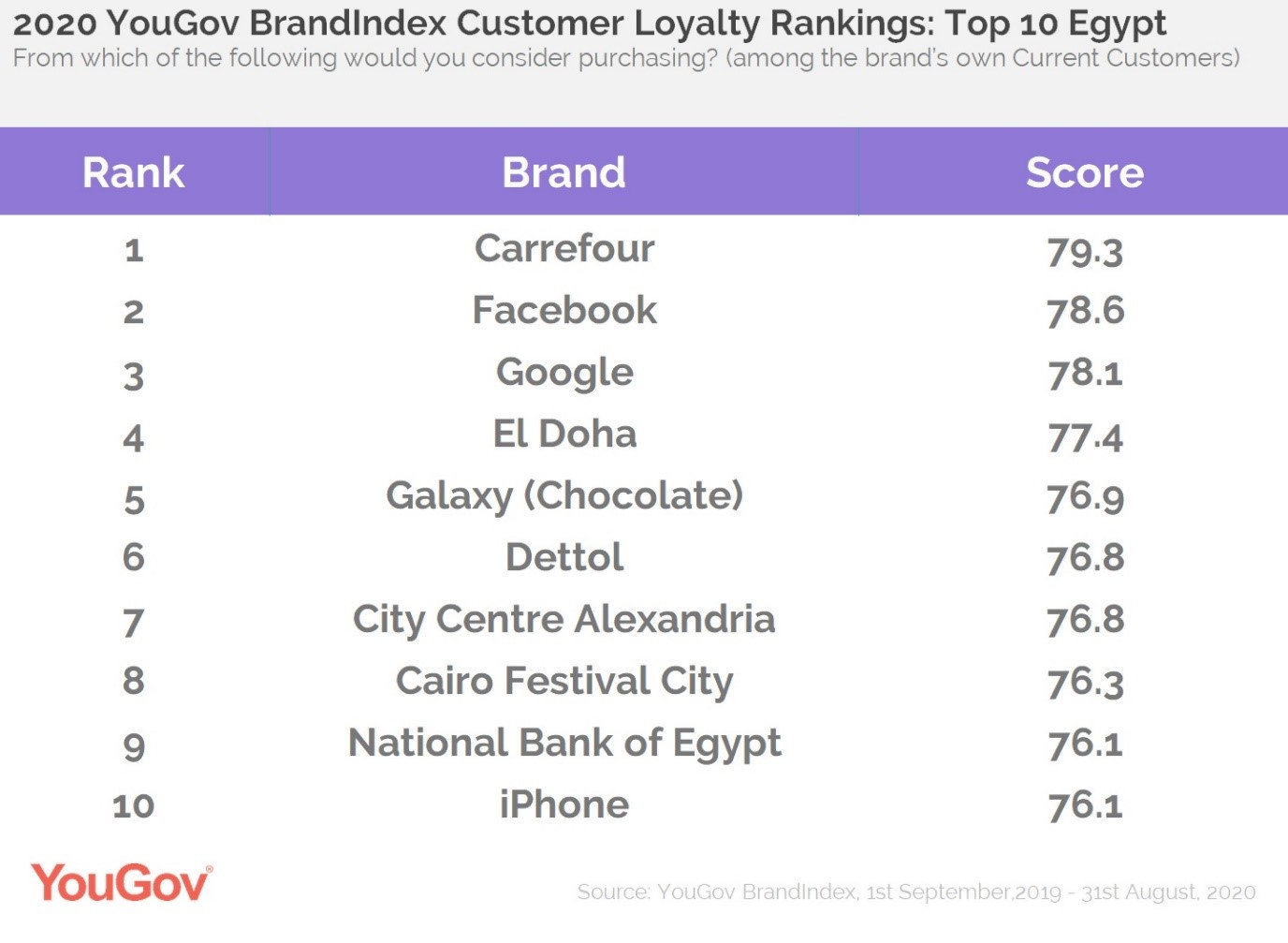 The 1731 brands in YouGov BrandIndex were ranked using the Consideration score amongst the brands’ own Current Customers. By looking at what proportion of a brand’s own customers would consider their own brand the next time they are in the market, we can understand how loyal a brand’s customers are.

The Loyalty Rankings show the brands with the highest Consideration score amongst their own customers between September 1, 2019 and August 31, 2020. The Loyalty Improvers chart ranks the brands with the highest increase in Consideration amongst own customers, comparing the scores for this year and the prior 12 month period (September 1, 2018 and August 31, 2019). To be included, the year over year variance must be positive.

All Loyalty scores listed have been rounded to a single decimal place; however, we have used additional precision to assign ranks. 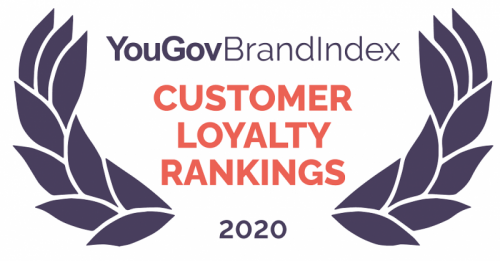