SOCIAL FATIGUE: THE STRUGGLE IS REAL 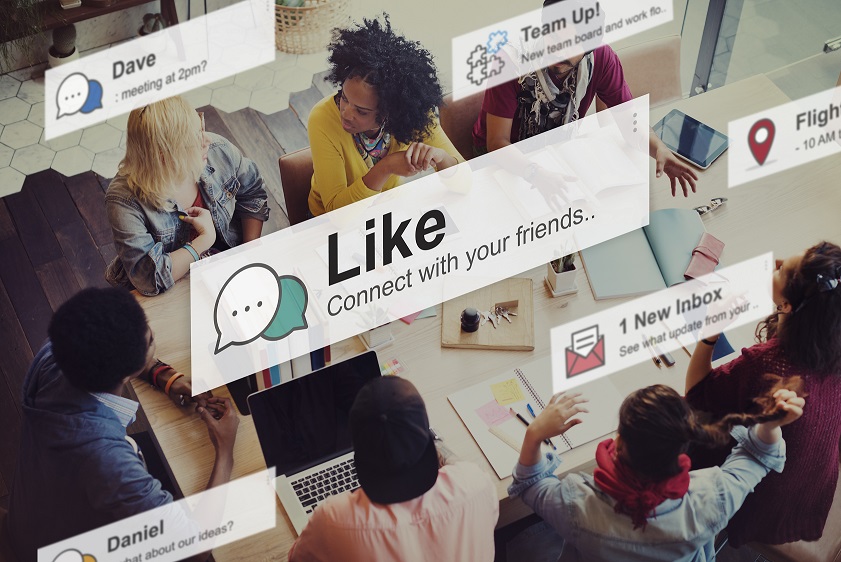 Four billion people around the world use social media but, for all the growth and fancy new features available for content creators, is there a chance we’re getting – whisper it – a bit fed up with it all? Acorn Strategy’s Kevin Hackett shines a light on current social media trends and explains his misgivings about unplugging from Facebook

The British author, actor, broadcaster, occasional Ricky Gervais collaborator and self-professed ‘Idiot Abroad’, Karl Pilkington, once said: “Everyone is living for everyone else now. They’re doing stuff so they can tell other people about it. I don’t get all that social media stuff. I’ve always got other things I want to do – odd jobs around the house. No one wants to hear about that.”

If you already know about Pilkington, you probably read that quote in his deadpan northern English accent and weren’t at all surprised by his take on the matter. But while he might shy away from social media for his own, self-deprecating reasons, everyone else I know, or know of, is an active user. My grandfather turned 93 last month, and even he has an Instagram account with which he keeps up to date with the daily lives of his sprawling family.

In fact, there are nigh on four billion individual, active users of social media around the world and that tally is growing by around 10 percent every year, with 99 percent accessing their chosen platforms via mobile devices in the forms of smartphones, tablets or watches. With approximately 7.8 billion people sharing this planet, it means half the world’s population uses social media in one form or another – in itself a brain-scrambling statistic.

The power of social media in its ability to form (and indeed, sway) opinions is worrying to many, with high profile instances of corrupt manipulation of user data via targeted advertising and other information. It’s often the great divider, the instigator of furious arguments and even death threats between users with differing political and social ideals – perfectly exemplified by the huge swell of emotion and protests following the death of George Floyd on 25 May, which is showing no sign whatsoever of abating three months later. And lest we forget the mess that has been Brexit and America’s upcoming presidential election – would any of these hugely impactful events have been quite so impactful without social media? It’s highly doubtful.

Adding to the unbearable stresses of 2020 has, of course, been the global corona crisis during which social media has proved to be both a blessing and a curse, with many users beginning to reassess their relationships with it. The tsunami of often ill-informed opinion, the relentless news updates, the memes, the rants of friends and acquaintances, the sheer volume of information – it’s enough to drive anyone to despair.

Have you ever thought about deleting your Facebook, Instagram or Twitter accounts? I know I have. But like so many others I’ve chickened out, scared to kill off an often-toxic relationship simply because I’ve invested so much time and emotional energy in it. It’s a dilemma that advertisers are aware of and some of the big players are beginning to look elsewhere for their digital marketing needs. Katie Delahaye Paine, CEO of Paine Publishing in the US state of New Hampshire, is quoted in Talkwalker and HubSpot’s Social Media Trends for 2020 report, saying that businesses using social media as a means of promoting themselves have a very real problem to contend with.

“The biggest trend that marketers will need to deal with in social media,” she advised, “is the growing distrust and dislike of social media.” To combat this, she explained that “marketers will need to rely on advanced analytics and AI to quickly analyze the volumes of data their efforts produce to determine how they can best reach the specific consumers that they need.”

It’s an industry in a constant state of flux, nobody can deny that, and it’s far from immune to the shocks that other businesses must contend with when global recession rears its unwelcome head. And here we are, past the halfway point of a truly unforgettable year, and it’s perhaps timely to look at the state of social media here in the UAE. Because the trends that have become apparent over the past few months could very well shape the ways in which we digitally interact with one another for the next decade.

Crowd Analyzer’s recent State of Social Media ’20 report, from which the following data has been gleaned, says that the UAE’s high number of expats is reflected in the number of English users in various social media platforms. The usage of platforms such as Twitter, Snapchat, and LinkedIn, it says, is continuing to grow in the UAE and this is unlikely to change anytime soon.

According to the report, the dominant language on Facebook in the UAE is English, which will come as no surprise, especially when you consider it is the only country in the MENA region with over a million female expats. There are 8 million active users here, 2 million of them females and 6 million male. Arabic users account for 1.8 million and, whatever their gender or nationality, the majority of Facebook users are into sports, entertainment, dining out and – would you believe it? – shopping.

As you’d expect, Facebook’s advertising revenue reads like telephone numbers but recently some big names have made the headlines by pulling out, in protest at its perceived inaction in combatting the insidious rise of fake news. It’s been a suitably loud warning shot to Facebook, proving that advertisers want to be seen as socially acceptable brands on the world’s biggest social media platform.

Nowhere near as popular as its Facebook parent, Instagram has a fairly constant 3.8 million active users in the UAE – 2.4 million male and 1.4 million female – and they’re more likely than not to be millennials. Of those, 1.3 million users are Arab, which is a significantly higher proportion than Facebook. Their interests are broadly in line with those followed on Facebook, too: travel, sports and outdoors, dining out, cinema, etc.

Instagram will be rolling out bigger and better functionality (more on that later) so it may well experience an upward shift in popularity with UAE users over the next few months. Of course, the opposite could also turn out to be true, with increasing numbers of users reporting that they’re getting a bit fatigued by Instagram seemingly trying to be all things to all people, the simplicity of its early incarnations lost to a bewildering slew of updates overloaded with features and tools that, to some, smacks of overkill. Still others will think it’s the best thing ever and that may well come down to which age group users fall into.

Good news for this platform, which many had all but written off a short time ago. Twitter has experienced a 30 percent increase in active UAE users since last year, with a greater female presence, too. There are 3 million tweeters here now, with a roughly 50/50 split between male and female, while Arab users account for 917,000. Millennials engage with the platform the most, with large numbers using Twitter as a source for news, with popular channels being Sky News Arabia, Al Arabiya, and Al Hadath. In fact, the entire Top 10 Twitter profiles in the UAE are Arabic.

Very much a Millennial obsession, the immediacy of Snapchat’s throwaway nature is understandably an anathema to us Gen X oldies and boomers. There are about 2 million users in the emirates (up 9.3 percent compared to 2019), almost equally split between male and female, with interests more in keeping with the younger demographic. Sports, gaming, health and wellness, entrepreneurship and fashion all feature highly but it’s safe to say Snapchat’s popularity is under attack from a newcomer that we’ll get to shortly. Where it will be a year from now is anyone’s guess.

Apart from the devastating impact Covid-19 has had on the health of millions around the world, it has wreaked devastation on employment, with countless people either made out of work or enduring cuts to salaries or benefits. In such times, LinkedIn really comes into its own and, while figures are not yet available to show just how much its use has increased, there’s no doubt in anyone’s mind that the numbers will be through the roof. If you’re looking for work (or looking for workers) where else are you going to turn?

The most recent figures show 3.4 million UAE users of LinkedIn (a drop of 2.3 percent compared to the previous year), with the most popular jobs being in business development, operations and sales. Expect next year’s statistics to be unrecognisable from these numbers, with employers reporting that many thousands of people are pouncing on any new job advertised, whether or not they’re suitable candidates – something that makes sifting through the applications an often impossible task.

We can’t wrap things up without mentioning the new kid on the block – a short form video app that’s taken the world’s youngsters by storm and one that, according to a recent report by We are Social and HootSuite in conjunction with Socialize, is used by a quarter of all UAE residents. Some 29 percent of UAE internet users aged between 16 and 64 stated they’d used TikTok during the past month.

Understandably the speed of its success has the establishment very worried, indeed, and the colossus that is Facebook won’t tolerate an upstart stealing its thunder (or its advertisers). So it’s been busy developing a rival in the form of Instagram Reels, causing some industry pundits to predict a similar outcome to that of Vine, which was crushed out of existence by Instagram incorporating its own video sharing facility.

China’s homegrown TikTok, however, may prove to be more resilient due to the fact that it very quickly appealed to advertisers and drew them in, many of whom have grown weary of Facebook and its subsidiaries. The one real risk to the newcomer, however, is political in nature and is playing out right now. In the US, Donald Trump has attempted to ban TikTok with a Commerce Department order (later blocked by a federal judge) over fears about vast amounts of data being shared with the Chinese Communist Party.

At the time of writing, rumours are circulating about Microsoft and others attempting to buy the platform instead, which would result in that precious data being more difficult for the Chinese to access. But let’s be frank here, the existing US-based social media companies aren’t exactly innocent in these matters, either.

This time next year, the entire social media landscape might look very different, indeed. One thing, however, is almost entirely certain: I will still be begrudgingly using it and, chances are, so will you.

SOCIAL FATIGUE: THE STRUGGLE IS REAL